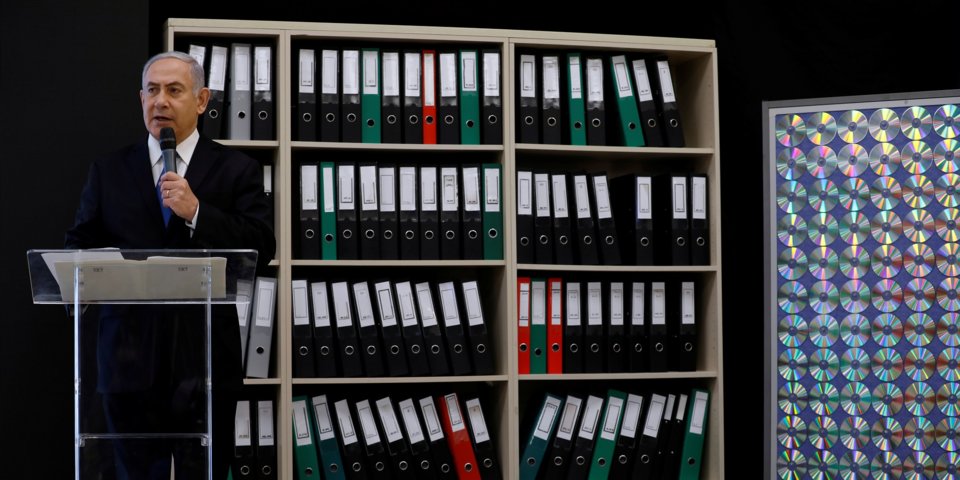 When President Donald Trump announced Tuesday that he was pulling out of the Iran nuclear deal, the criticism from most national and international political leaders and media outlets was loud … and predictable.

It’s a little different in Israel.

On nearly every trip I’ve taken to Israel, I’ve been reminded how close Israel is to some very serious enemies.

I once visited Misgav Am and looked over the stone fence at Lebanon, just a few feet away. In the valley below the Israeli kibbutz, danger lurks. Hezbollah, labeled a terrorist organization by the United States, rules the southern portion of Lebanon.

Though most of the years have seen a nervous peace existing between the residents of Lebanon and Israel, attacks against Israel have often originated from Lebanon. In 1980, a terrorist group attacked Misgav Am, killed a secretary and an infant boy. They held children hostage in the kibbutz nursery.

Eventually, those terrorists were killed – as were two more kibbutz members and an IDF soldier. Four more children were injured. Israeli forces crossed into Lebanon, attacked terrorist fortresses near the kibbutz and then withdrew after intense pressure from the United States.

There have been many other attacks from Lebanon, leading to an all-out war in 2006. Israel dominated that conflict, as it could have long before being provoked into action by Hezbollah-led attacks on Israeli communities.

The country attempting to arm Hezbollah with missiles and heavy arms these days?

And what about the Syrian civil war raging just to the north of Israel’s very secure borders?

You’ve seen the news footage of children killed by poison gas and the ruins of cities destroyed by seven years of fighting. There are some estimates that say 3,000 people a month are being killed there.

In recent months, Iran has set up camps and brought a shocking arsenal into Syria. When we stopped at a border overlook a few days ago, we heard cannon fire in the distance. It wasn’t entertaining. It was a sobering reminder of an international tragedy of unspeakable proportions.

A day after we were overlooking the border, Israel attacked an Iranian camp, targeting a supply depot with a reported 200 surface-to-surface missiles in it. The explosion of Iranian firepower was so massive, it registered as a 2.6 magnitude earthquake in the area!

Here’s a good question. Why would Iran be building military bases in Syria or bringing long-range missiles there?

Ask my friends who live in the Golan Heights, and the answer is obvious. Iran wants to gain an upper hand on Israel. Iran still wants to “push Israel into the sea.”

“Israel will not allow Iran to establish a stronghold in Syria,” a friend told me while we were eating breakfast together. “It simply cannot happen.”

He kept eating breakfast, as if a war raging only a few miles away was a normal part of life.

I lost my appetite.

Can you imagine the tension if Iran manages to build a nuclear arsenal and establishes a foothold in Syria?

Perhaps we might have more emotions about this issue if this same Iranian leadership and its militant practices were based in Canada or Mexico instead of the very-distant Middle East. When it’s not a constant threat to your own children, it’s easier to pretend peace is just one magic treaty away.

But peace treaties don’t mean anything if one of the parties is lying about its intentions.

Just a few days ago, Israeli Prime Minister Benjamin Netanyahu unveiled 55,000 pages of Iranian documents and another 55,000 files on 183 CDs containing videos, photographs and documents that proved beyond any doubt that Iran was lying about its nuclear capabilities and intentions.

Why don’t world leaders – including former US President Barak Obama – admit that this “nuclear deal” is already broken? Iran never intended to honor its promises to use nuclear power for peace … unless you would agree that “peace” includes the annihilation of the modern-day state of Israel.

I don’t agree with everything Donald Trump has done, said or projected. His sexual activity and attitudes are repulsive. His trigger-finger tweets are unpresidential, to say the least. I don’t expect to see him reelected.

But at least he can spot insanity in a deal that would allow an international sponsor of terror to become an unstoppable force of evil in the Middle East.