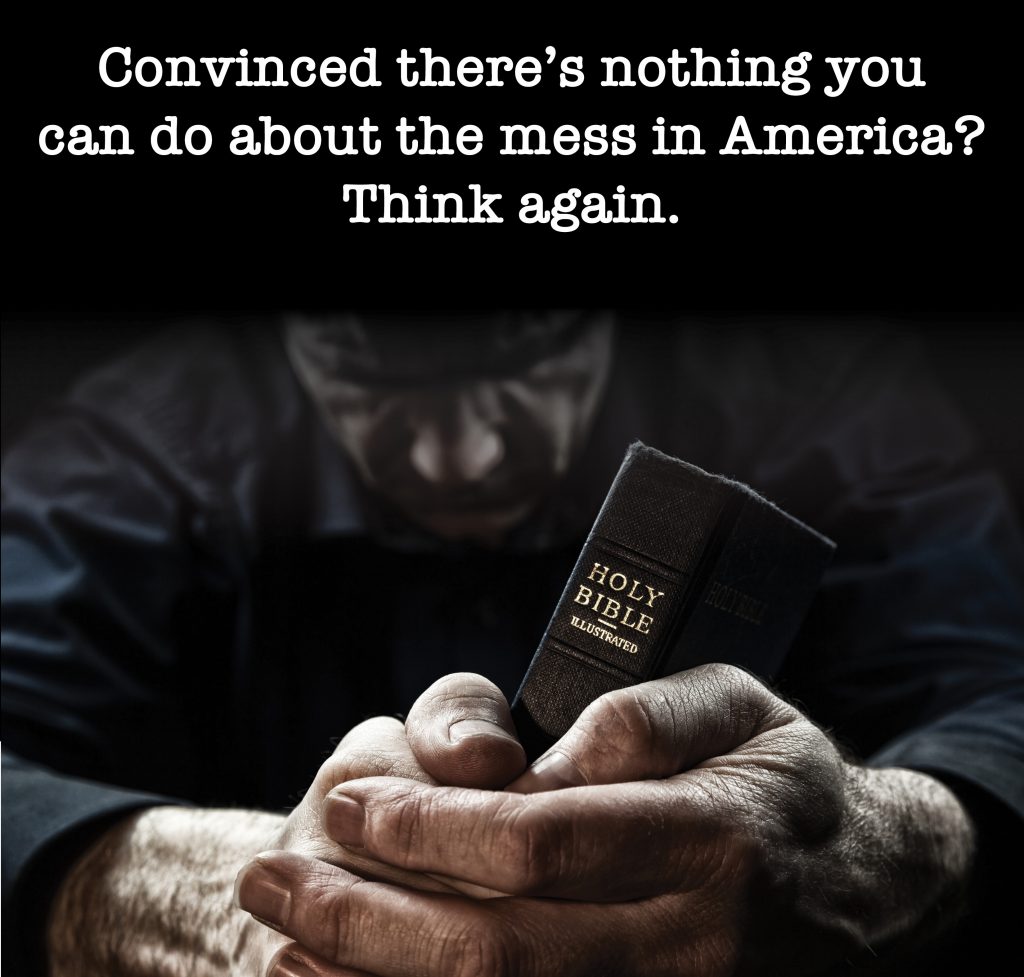 It’s been a bad week for Virginia.

The governor can’t remember if he was ever in a black-face photo or not. He also can’t decide if he should resign now or just wait to be fired in the next election.

The lieutenant governor – who for a few hours looked like a shoe-in to be the new governor – instead found himself to be even more unpopular than the governor thanks to the accusations of forced-sex activity from two women in his past.

The next in line for the governor’s job decided he’d better get his dirty, black-faced laundry out in the open before it appeared he was hiding something, leaving Virginia voters to wonder how it managed to get such a lousy crop of leaders … and how far down the ladder they might have to go before finding a somewhat-decent human being to lead their state.

And that was just last week’s news.

The Bible says everyone has sinned and fallen short of the glory of God.

With the advent of 24-hour news reporting and the Internet, the headlines can’t keep up with all the indiscretions, crimes, allegations, abuse, lying, cover-ups, scandals and out-right evil exhibited by all parts of our society.

But we’re not without hope or options.

Have you considered Daniel of the Bible lately?

He gained fame by spending a night unharmed in a den of lions, but his story has more connections to today’s political situation in America than you might have realized.

If your country has its leadership headquarters in Washington, DC, think of Daniel’s capital as being in Jerusalem.

If your country seems to be self-destructing from poor moral choices, Daniel could tell you a horror story of epic proportions. The leaders of his country had self-destructed with a long list of moral short-comings. As a direct result of those poor choices, Jerusalem had been destroyed. The Temple had been burned. The best and brightest young adults had been transplanted to a foreign country nearly 1,000 miles away. Thousands upon thousands had died.

If you feel powerless to do anything about what’s happening in Washington, Hollywood or wherever next week’s scandals take us, consider Daniel’s situation. He was some 1,000 miles from home. He would never return. Ever. He had no political influence over the people who remained in his destroyed homeland.

Daniel also lived through several new political regimes, kind of like the way we live through seasons of Democratic and/or Republican leadership. Each new wave of leadership in Daniel’s day was accompanied by a tidal wave of bloodshed.

Sometimes Daniel found favor from those who held power.

Sometimes he and his friends faced death threats.

And yet Daniel did not feel powerless.

He did not assume there was nothing he could do.

Dressed in sackcloth and ashes, Daniel confessed the sins of his people, though he was only one person among the masses, and though he had not been guilty of all the violations. As far as we know, Daniel was actually a very moral man. God’s favor seems to confirm that Daniel was one of the few good guys. Virginians would love to see a man like Daniel in office right now.

Have you really listened to his prayer for his country? It’s all part of the biblical record in Daniel 9.

“Lord, we have sinned and done wrong,” he began. “We have been wicked and have rebelled; we have turned away from your commands and laws. We have not listened …

“Lord, you are righteous, but this day we are covered with shame …

“All Israel has transgressed your law and turned away, refusing to obey you …

“Therefore the curses and sworn judgments written in the Law of Moses, the servant of God, have been poured out on us, because we have sinned against you …

“… all this disaster has come on us, yet we have not sought the favor of the Lord our God by turning from our sins and giving attention to your truth.”

Almost all of Daniel’s prayer is a confession of corporate sin. He took on the sin of his nation the way you and I must take on the sin of our nation.

Feel the weight of it. Feel the shame of it.

And then do what Daniel did.

Daniel asked God to work a miracle among his people.

“Now, our God, hear the prayers and petitions of your servant. For your sake, Lord, look with favor on your desolate sanctuary. Give ear, our God, and hear; open your eyes and see the desolation of the city that bears your Name. We do not make requests of you because we are righteous, but because of your great mercy. Lord, listen! Lord, forgive! Lord, hear and act! For your sake, my God, do not delay, because your city and your people bear your Name.”

Perhaps you know the rest of the story.

God heard Daniel’s prayer and used him to communicate hope to a people who’d long lost all hope. God used Daniel to tell the people that in time, Israel would be reborn. The Temple would be rebuilt. And they’d all have a second chance to get it right.

Daniel didn’t live to see it all play out. But he was assured by God that it would happen and he believed that message.

In time, Jerusalem was reinhabited and rebuilt. The Temple was rebuilt and worship was restored. The stage was completely set for the appearance of the promised Messiah.

God listens when His people pray.

So pray for our leaders. Many of them are spiritually lost. They have no moral foundation, which explains much of our dilemma. Pray for their salvation! Imagine what could happen if a wave of spiritual renewal covered Washington DC. Imagine what would happen if key leaders discovered the amazing wisdom in the Bible. What if judges started each day bowing before the ultimate Judge of all the earth? What if our President lived so close to God that we would call him or her a modern-day Daniel or Danielle?

We don’t need new elections and new leaders. We need the Spirit of God to change this country from the inside out.

And that starts with me, on my face before a holy God, praying for America as if I actually believed something would happen if only one person prayed with the faith of Daniel.